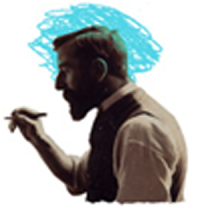 Illustrator Peter O’Toole (more about him later) has just launched www.studiotoole.co.uk, send him a photo from your ‘phone and he’ll return an illustration a few days later. 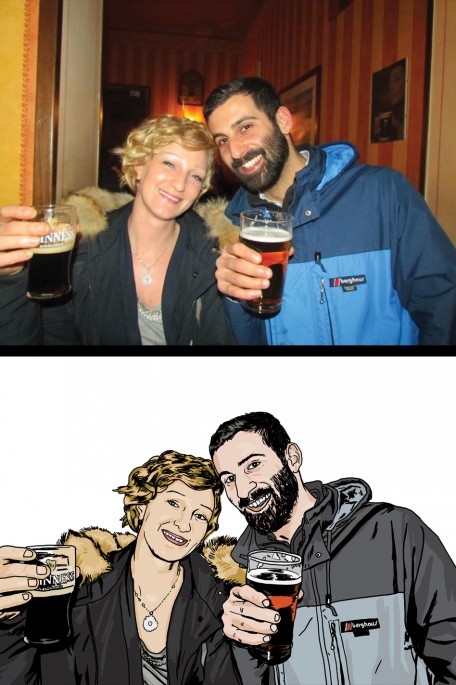 We’ve not seen anything like this before Peter, are you the only illustrator doing this?

I don’t think it’s a particularly unique idea by any means, I think what’s unique about it is it’s in my style. I’ve seen it done by caricaturists but them guys generally just do that for a living. With my background in illustration I think I have a bit of a different perspective on it, after all it stemmed from one of my freelance jobs! I was doing a lot of these anyway and a friend (who eventually built the site) said I should do it as a side project. I took his advice.

We think it’s a great commercial idea and the whole experience is seamless.

Thanks, I wanted it to be separate from my commercial work so I went all out on it, got the website exactly how I wanted it, got the logo done, had fun in general! This along with print sales keep me ticking over in between breaks in my freelance work.

Is the responsive design and layout your work?

I wanted the whole package to be stress free on my part, selfishly. When I was doing these before it was through facebook messages and people paypaling me money and I was having to chase them up and remember what was what etc etc. So I got Craig (my friend who gave me the idea) to see what he could do. I drew the front page as I thought it would look cool and all the info is in drop down menus. You upload your photo and pay right there on the site, I produce an illustration of the photo within five days and send it you back. When you submit a photo I get it in an email and it’s that simple. Plus it’s responsive on mobiles and tablets which is great! Craig really did a grand job on it.

Peter’s been freelancing as an illustrator and graphic designer since leaving Bradford School of Art.

What do you think of your time at art school and university?

Art school was amazing, I got to experience every discipline and have a go at stuff I might not have chosen to do off my own back. University felt a bit more like I had to tick boxes in order to get the grades I needed. It was also more pressure as you’re paying for it and need to learn to meet deadlines and the dissertation was a nightmare!

What advice would you give to aspiring designers and illustrators?

Keep going! Don’t give up whatever happens, if you truly want to make it you need to learn to ride the waves. Only four/five people out of around a hundred finished my art college course, only five finished my uni course. And out of them I’m pretty sure I’m one of maybe two of those who is actually working in the industry! Crazy numbers. Most freelancers don’t have the drive, willingness to adapt/learn that they need to survive. You need to get that long haul mentality not that flash in the pan one.

How would you describe your personality and do these characteristics help you when you meet clients / when your’re designing?

I’m pretty laid-back. Not in a ‘I won’t meet your deadline’ kind of way but more of a ‘don’t panic just yet’ kind of way. I think as a creative you have to see things from other peoples’ perspectives so I research and keep an open mind. I’m easy to get along with. It definitely helps.

What’s your favourite type of project?

Ones where the clients trust me and I get more of a free reign, generally these aren’t the best paid jobs but they are the most rewarding.

How do you manage your needs with the needs of the client?

If a client wants something that I’m not totally sold on, I’ll do a version their way and a version the way I would do it, usually we meet somewhere in between which suits both our needs.

Can you tell us what are you’re working on at the moment?

I am working on a few projects with Adidas in Berlin and also the UK. It’s exciting stuff. I am also working on merchandising for the pop punk band Neck Deep who are about to go and tour Australia.

How do you manage your time as an illustrator and a blogger?

I wouldn’t say I’m a blogger per se, during work whilst I’m waiting for stuff to load or save I keep my facebook, twitter and instagram updated with new stuff and ideas. This is about the extent of my blogging! I do have a blog on my website but I only put really significant stuff on there.

Do you have any favourite techniques, tools, books?

I am totally digital nowadays. So I’ve completely grasped the use of a tablet which a lot of people struggle with. I haven’t used a mouse for anything in years. Books I like are more reference books for culture/ sub culture or fashion mainly.

Which blogs do your read?

Religiously….whoateallthepies.tv, it’s a football blog but really tongue in cheek. Very good. Them-thangs.com, just awesome is all I will say about that one. My friend also runs a blog called oneupmanship, this is also a great read.

How would you describe your illustration style?

Retro/vintage with a modern twist. 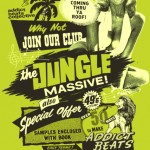 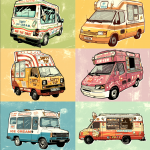 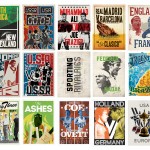 What was your inspiration for your own business card design?

I had just got a new logo artworked up by a friend for a new project I was starting. I designed it but he is so clean with finishing stuff off. I’m the opposite! So I was excited to see it on something, the business card was a perfect opportunity. On the reverse side is my more commercial logo and links.

Is a designer’s worst client himself/herself?

Definitely not! I generally know from experience what will work and what won’t. There is stuff I did recently that I look back on and cringe but 90% of the time I think I’m right!

What are your sources of inspiration?

Have you any hobbies outside of illustration and design?

Yeh I play a lot of 5 a side football and Thai Box.

You’re a freelancer, from your own experience how do you suggest  someone starting out finds clients?

I’d say start local, pubs need gig posters, shops need flyers. Do them on the cheap to get your work out and get some experience of dealing with people. Put your web site address on the bottom as a condition. If the works good enough you will soon be noticed and contacted by other people and it should grow from there. Networking doesn’t harm anyone. Once people know who you are in your own town you can establish yourself nationally and then globally but it takes a long time!

What top tip can you give to any freelance illustrator/graphic designer?

Make sure you save tax as you earn money, if you put it off you’re digging yourself into a hole. Learn the business side of things, get an accountant. They don’t teach you how to write and invoice at uni, you need to learn quick. Being successful isn’t just about drawing pretty pictures, ultimately you need to earn money from it or it’s just a hobby. 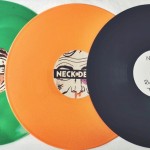 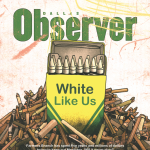 Thanks Peter, to see more of his commercial work go to www.peter-otoole.co.uk, you’ll find his portrait service at www.studiotoole.co.uk