Hi Dan, please tell us there’ll more of your illustrated books now you’ve completed your degree and are about to enter the world of work.

Yes, I really enjoyed writing and illustrating them so it is definitely something I am going to continue when I am working full time. I wrote and illustrated two books in my final year at university and the second book, Bizarre Barrio was a self negotiated brief. It provided me with the perfect blend of direction and the chance to be self indulgent for 4 weeks which was a really enjoyable way to work. Compared to the other briefs I worked on during university Bizarre Barrio definitely gave me the most freedom as it served as an outlet for lots of ideas that I either hadn’t had chance to use yet, or I wanted to save for something special. I am looking forward to the briefs that I am going to encounter going into a full time position in an agency, but I know from experience having interned throughout the summer of 2012 that you can’t shoe horn a specific type of work into a job for a client if it isn’t right for them.

By continuing to create illustrated books in my own time it will allow me to be a little bit self indulgent in my own work which I think is quite an important thing to any designer, if used in moderation. It means that I am continually pushing myself to create better work, but I don’t have the added pressure of meeting the brief. Essentially I am setting my own goalposts and it is up to me to move them at any time. I try to draw as much as possible in my spare time but often I am drawing the same things over and over again because I feel that I don’t have any direction. By having a project as loose as an illustrated book to tailor these drawings to I find that I produce work that is much more creative and of higher quality. In essence the illustrated books are vehicles to help me develop my own style of illustration as well as an outlet to ensure I stay creatively fulfilled, which means that I can produce the best work both for my own benefit and the benefit of clients in my full time job.

For the benefit of those who’ve missed out so far tell us about Bizarre Barrio. 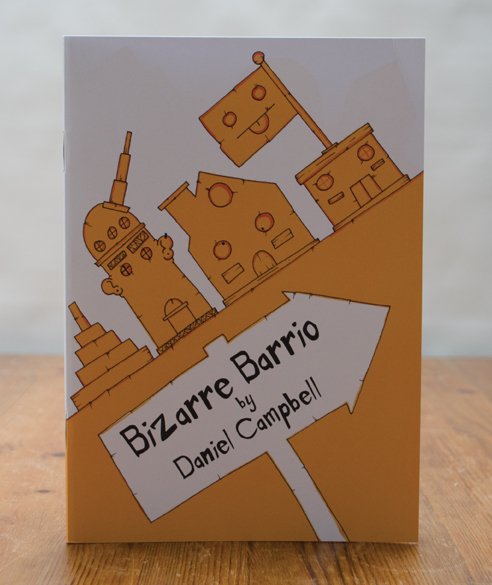 Bizarre Barrio is a series of illustrated nonsense poetry books that I am in the process of creating. I completed the first book at university and gave out copies during my final degree show. The book contains 26 poems about the weird and wonderful residents of a neighbourhood called Bizarre Barrio, and serves as a very loose A-Z. Each resident has an alliterating name, which gives the book a smooth flow from start to finish. The poems themselves are quite playful and random, but all deal with something strange or quirky that form a bizarre journey as you read through the book. I prefer fun poetry that captures your imagination and Bizarre Barrio tries to encapsulate that sentiment and draw from everything I love about children’s poems. Although the book was originally aimed at young adults people of all ages have found this book to be enjoyable, as it’s a quirky, fun, light-hearted look at life that seems to have struck a chord with people. The series will consist of 4 books, each exploring the various creatures that live in the neighbourhood, so as the series progress you will learn more and more about Bizarre Barrio. 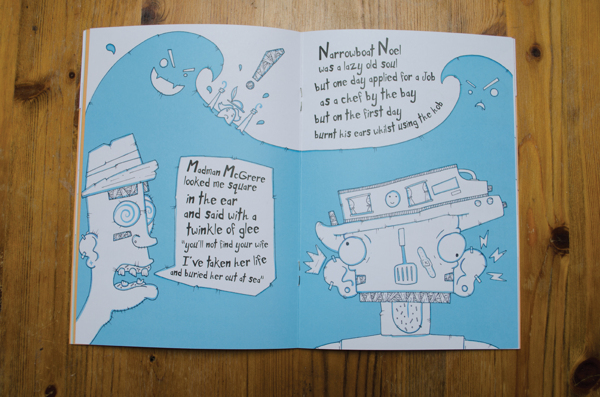 Your first book, La Llorona was your own translation from Spanish of an old Mexican folk tale accompanied by your own illustrations. Are you a writer or illustrator or both?

I think strictly speaking I am an illustrator, but it’s quite hard to draw a line as to where one starts and the other stops. I am a very visual person and I like to create a certain reasoning behind my imagery, so I often write little stories or poems to accompany my illustrations. I enjoy writing poems and stories for my own work, but I often find it quite difficult to write for the sake of writing which I suppose would sit me in the role of “illustrator who occasionally writes out of necessity”. It’s definitely a luxury illustrating my own writing as I have full creative control over the editing. This is particularly useful if I ever need to make any of the copy shorter so that the illustrations and the text blend together better. La Llorona was translated very loosely from an old piece of Spanish text I found and that was a really interesting way to work. The story had a definitive start and end but I could tailor the story for my target audience, which was the 10-14 age group. 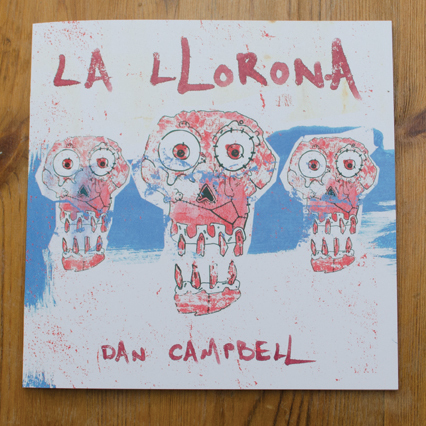 In the case of Bizarre Barrio, I would write a few of the poems first and then illustrate them, but others I had a clear idea in my head how something should look, so I then wrote a poem that could accommodate that. I found that this process was very exciting as I could work from both ends of writing and illustration and it all formed together at the end into something tangible, but I think overall I am an illustrator who writes, rather than a writer who likes to illustrate.

How would you describe your design style?

I try not to take myself too seriously and I think that comes out in my work. I really enjoy what I do and the thought of making a career out of it really excites me. My design work is quite quirky and playful, as I try to inject as much personality and character as possible. A lot of my illustrations personify objects and I like to bring inanimate objects to life. I tend to subconsciously draw faces on everything, so most of my work is character driven. My sense of humour is quite silly, really, and I try to incorporate that into my illustration work by slightly changing ordinary things to make them unusual.

Thanks Dan, to see more of Dan’s work go to his website www.danielcampbell.co.uk (and buy his books). 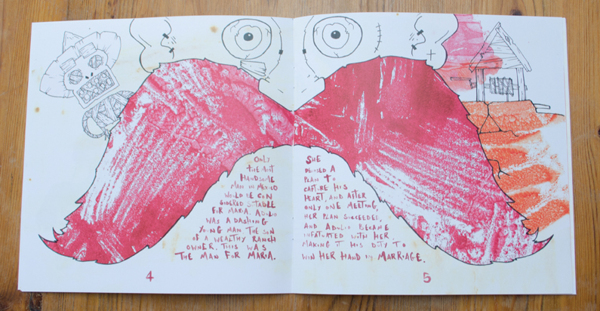